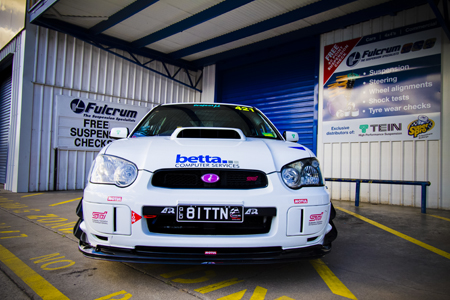 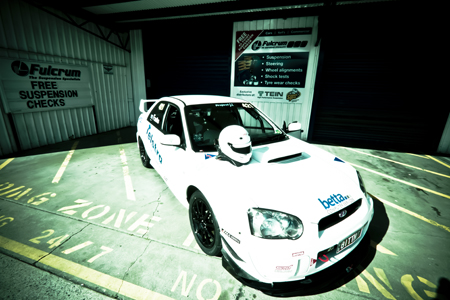 81TTN started life when i picked her up off the showroom floor from Subaru in 2004. She has since been sold, and then bought again, then driven as a street car, then stripped and used as a race car.

To read the entire development story please log into the forum and read all the finer details.

81TTN and Steve are regulars at tracks in South East Queensland, from QR and Lakeside Park, to Mount Cotton and Noosa hill climbs to street sprints.

During the first half of the year, Steve did a lot of investigation into the setup and turbos and decided to convert the standard VF35 setup to a complete Twin Scroll TD05 20G setup. Unfortunately the expected power gains were nowhere to be seen, so the development continues.
This year has resulted in a lot less track time, but 81TTN still manages to be first in class at the mount cotton hill climb series and is currently place 2nd on the WRX Motorsport cup for the year. 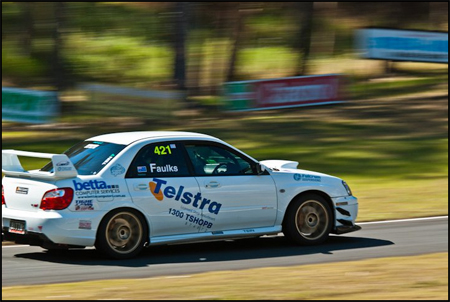