11 Mar : 12:26
None    Motorsport
Nev Scott continues to dominate every competition that he and the Scorpion All Wheel Drive Racing WRX enter. Nev blitzed the field by over 2 seconds to come away with some more silverware! 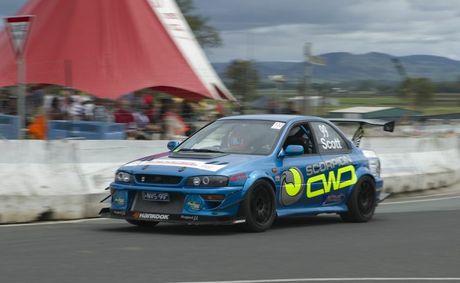 The full results can be found here

Nev also features in The Chronicle

Time Attack Lakeside Round 1 has been run

The WRX Club Qld has put in a very strong showing at last weekend's event.

Anthony Bonnici pushed his STi to 3rd place in the AWD Street Class followed closely by a 4th placed Terry Ayres in his Evo X, a 5th placed Matthew Martin and rounding out the class a 9th placed Jacob Grima.


.Coming up on the 3rd of March, Nev Scott with the Scorpion All Wheel Drive WRX is expected to set the time to beat. Other WRX Club members Jason Keen in his well setup STi and Steve Faulks in the Fulcrum Performance STi along with 60 other cars will put on a strong performance.

It will be a whole day of Time Attack, Gymkhana, Drift & Cruise Laps with Passengers!

There will be plenty of action all day with guys out to show that they are the best of their class in either the WRX vs EVO Battle, Nissan Cup, Honda Cup, Mazda Cup or the Toyota Cup no to mention the special grouping for the fastest guys in the <1.05 Club All Star Challenge

For more information on this sold out event you can check the HardTuned.net site 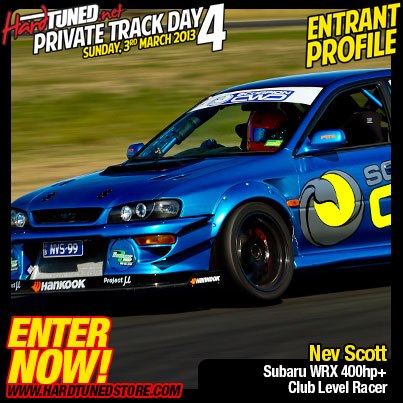 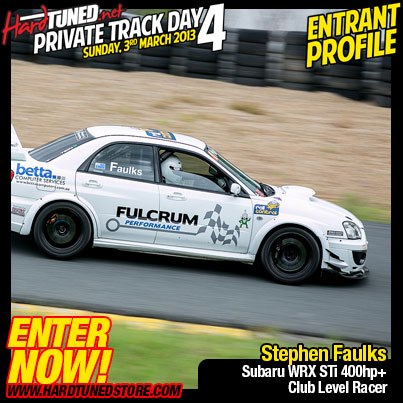 25 Sep : 20:48
None    Motorsport
Nev Scott came away from the weekend with the fastest lap at the 2012 Japanese Nationals run by Queensland Time Attack at Queensland Raceway.

Nev pulled out an impressive 55.14 around the Clubman circuit - this was good enough for 1st in the AWD class and 1st outright in the morning.

Unfortunately, Nev could not back up his good morning form in the one lap shootout for the $1000 which went to the Mighty Mouse CRX with a very very impressive lap

Check out Nev's Lap below 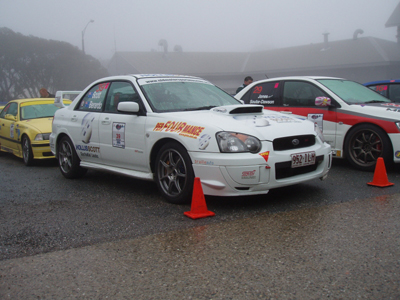 I hadn't been in my race car for two years and I had really itchy feet, I needed that adrenalin fix of going flat-out on winding country roads. Peter Washington from Mountain Motorsports rang to see if I was going to run the Australian Tarmac Rally Championship this year and I knew that's what I needed, but there was a problem - I had no money! A quick budget showed a season would cost $lots plus some. I put together a proposal with ProCam, a professional television production company, to air the season on TV in four documentaries. I chased up some people who have supported me in the past and added a few new allies. I had a lot of support from Fulcrum Suspensions, PerFOURmance Motorsport, Mountain Motorsports, and ProCam.

Targa 2011 - Wrapped up by a Queenslander

Congratulations to WRX Club of Qld member Rodney Blank for successfully completing Targa 2011. Rod is a regular at Targa, but this year achieved his best result with a 23rd outright. Rod proudly flies the Subaru banner with his 2004 Subaru Impreza WRX STi C-Spec which runs in the Modern class, with 946 on the doors.

It was a great week for Subaru with 10 out of the top 25 cars being a Subaru.

Queenslander Tony Quinn has claimed his second modern Targa Tasmania title in three years with an emphatic display across five days and 500 kilometres of intense competition around the island state.

The 2009 winner was the dominant force in the event in his Nissan GT-R. He and co-driver, Naomi Tillet, took the lead on Targa stage four on the opening day, and were never headed, crossing the finish line at Hobart’s Wrest Point three minutes and 39 seconds ahead of second placegetter, Dean Herridge, in a Subaru WRX STI. Matthew Sims was third, a further one minute 58 seconds in arrears.

10 Apr : 19:42
None    Motorsport
We have been able to secure the UPDATED date of 5th June 2011 with Roadcraft at Gympie for the club skidpan day Click Here

Running of the day - 8:30am Start at the venue, running through to 4:00pm. Lunch will be provided by the club

Numbers will be limited to 24 cars. Conditions of Track Hire are located within the user forum

You can pay the $100 into the club bank account and then email the Treasurer on email to let them know. Make sure your deposit includes your Name and the Event (Skidpan). You can also pay by cash, credit card or cheque at any Club Meeting.

10 Apr : 19:40
None    Motorsport
To all those who want to drive in the dirt this day is for you. The club has hired the Dirt circuit at IWMAC for a full day of fun. This event has been run previously so some of you have been to the event before. For those of you that haven't it is a great day to see if you are interested in driving on the dirt whilst not being an all competitive day.