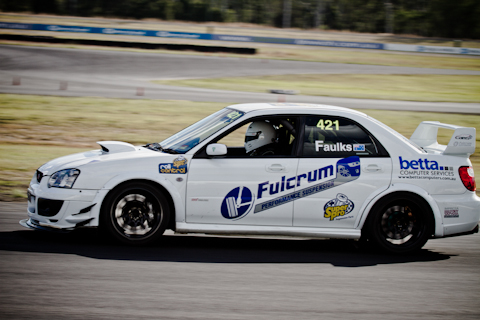 Although WTAC 2012 is Stephen’s first year at Eastern Creek, this Brisbane based project manager is not new to the Time Attack concept taking his standard Impreza to the front in back to back wins of the 2009 and 2010 for the Queensland AWD Time Attack series run at Queensland Raceway. The standard STi block finally gave up after the years of punishment in September 2011 which started the WTAC 2012 journey. 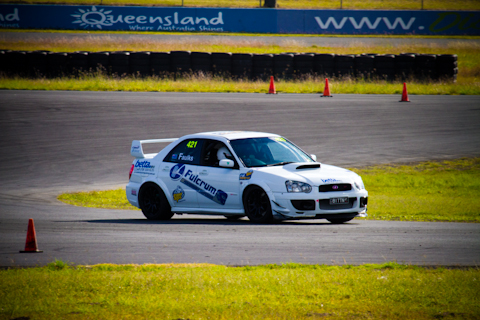 The rebuild started the same as any normal one – with a small budget and modest ideas, but soon became clear that the car was going to be something special when Stephen selected Nick from NA Autosport and Engineering in Brisbane to assemble the impressive list of components into a working engine and complete the fabrication on the custom pipe work under the hood and a new custom roll cage to replace the previous bolt in version. 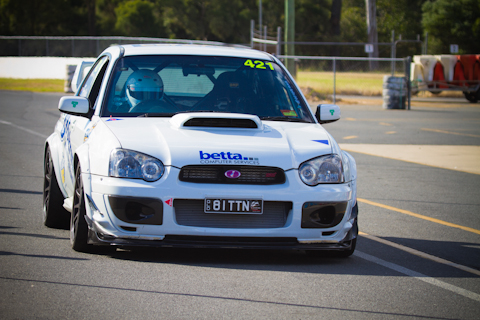 Stephen attributed his cars speed and ability to keep up with cars with a lot more horse power down to the work that Fulcrum Performance had done on the car in the past. So it was a logical step after the rebuild started to approach Graham at Fulcrum and go all the way. 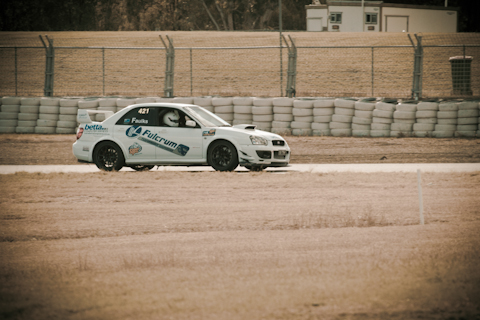 Graham has used his extensive knowledge to complete a base set up the Fulcrum Performance STi on 295 wide tyres around a set of Tien MonoFlex struts and the extensive list of available parts from his SuperPro range – all which are currently happily living under the car.

With the car finally starting again in May 2012; it made its way to a Sunday afternoon sprints at Queensland Raceway for the first of many shakedown. Stephen managed a fault free 15 laps on a run in tune and collected some important data for Nick to modify the tune to a full race tune.

Fulcrum Performance, NA Autosport and Engineering and Stephen will be taking every opportunity in the 2 months leading up to the WTAC event to test at Queensland Raceway and Lakeside Park.

Stephen puts out special thanks to Graham and Garry from Fulcrum Performance and SuperPro, Nick and the entire team from NA Autosport and Engineering, Dan from Car Mods Australia, Nev Scott, Mick McMillan and most importantly Andrea for putting up with the hours and hours spent playing with the car. 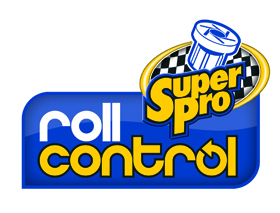