Our previous hosting company, Datalect, has met its untimely demise and has managed to take our site with it.

After detailed investigations on hosting companies, both local and international, the WRX Club is very happy to anounce that OntheNet, a Gold Coast based company, will be hosting our web page and forum.

If you have any questions, please contact the webmaster

I personally thank you for your patience!!!!

.
.
.
.
.
We are nearly half way through the year already :) lets have a MEET AND GREET BBQ. This is a great opportunity for new and old members to get together and gather some ideas for the upcoming years event. 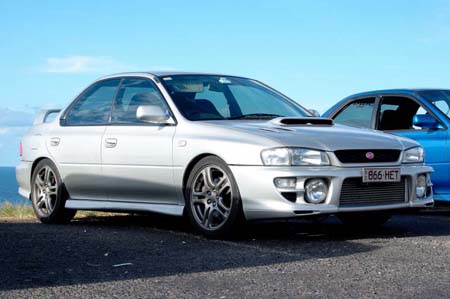 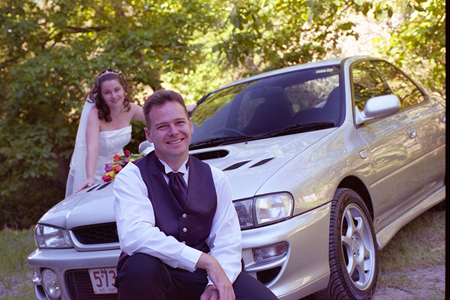 .Brett purchased the car in November 1999 to replace a HSV enhanced VS Series I Ute. Within two days of purchasing (with 40km on the ODO) the car was run in with over 1,500km. Interestingly enough Brett did not start the modifications until 50,000km was reached.

Living in the NT at the time meant the legs could be stretched legally, and they were on more than one occasion, with Brett having fond recollections of fast commutes from Darwin to Katherine several times a week. Also on the list was well over 150km of dirt and gravel driving each week and the immense fun that was.

Brett has tried many different oils including brands and weights in the cars life and settled with Castrol 10w60 full synthetic at the recommendation of fellow club member Mick Jones. Coupled with that are Motul fluids in the gearbox, diff, cooling system, brakes and clutch.

Brett chose a IHI VF29 as the replacement turbo for the street-ability of it and retuned the car, only to find out a new fuel pump and injectors were needed, much to the annoyance of Vicki his wife. Unfortunately the extra torque coupled with the higher clamping rate on the clutch were the end of the gearbox, specifically 3rd gear, where both input and output teeth were stripped. Luck had it that a friend in Sydney was importing two MY02 STi drivetrains, one was secured and subsequently installed.

Brett originally set the car up for fun, but the thought of punishing her at motorsport pointed Brett back in the direction of a great street car - an all-rounder that goes to the shops, making the school pick up run or a spirited drive through the twisty bits.

As a true show of Brett's hard work and Subaru build quality she now reads 180,000km on the clock. Despite the need for a little TLC in the form of some fresh paint and some suspension bushes the car is in great condition as can be seen. 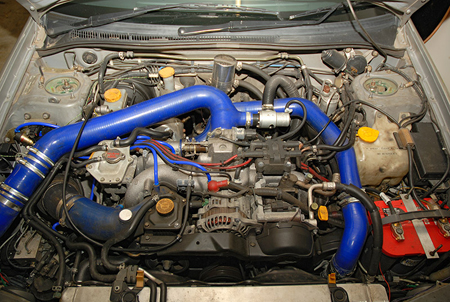 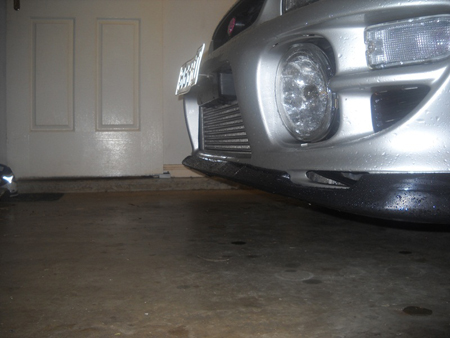 IWMAC Autocross wrapped up by a WRX Club member

18 Apr : 13:23
None    Misc
It was a slippery track which favoured the AWD cars, but it was not all plain sailing for WRX Club Qld member Mick McMillan. Having some handling issues throughout the day Mick’s Evo has some uncharacteristic understeer, which caused him to collect the occasional cone or two adding 5 second penalties each time.

Mick finally managed to come away with the class and outright win but was pushed all the way by John McMillan a member of IWMAC .

Class A and B were also hotly contested with the class lead swapping right the way down to run 6 for the day.

WRX Club's Steve Allmark push Ric Baggarley from IWMAC all the way to the end to tie up a very respectable 2nd in class B by only 0.4 seconds. This was also good enough to place Steve 6th outright! It does not get any closer for a great day of racing! Adding to Steve's trophy cabinet for the weekend, he took home best presented car!

Well done to both Steve and Mick!

Full results can be found here

Mick picked up his Evo second hand out of Sydney as a street driven car back in 2008. It has come a long way since then with the project beginning around safety. Mick took a trip to Racer Industries on the gold coast and threw seats, rails, boots, suit and helmet in the shopping trolley. At the same time the guys at Bond Roll Cages in Sydney were working hard on making the roll cage.


Feeling comfortable with the car, Mick became a frequent visitor of Queensland Raceway, Ipswich Park and many TRE’s around south east Queensland. Coming from a world of RWD cars (including a beautiful ’67 Mustang) Mick fell in love with the dirt where the car became the car to catch with mick taking first outright in nearly every event he attended.


In order to get better performance, Mick picked up a set of MCA coil overs and diff controller. The car moved from strength to strength and was a sheer pleasure to drive. Tuned so well that it was almost effortless to drive.


These days the car only really sees the dirt due to Mick’s work and life commitments, but it is still the car that everyone tries to catch 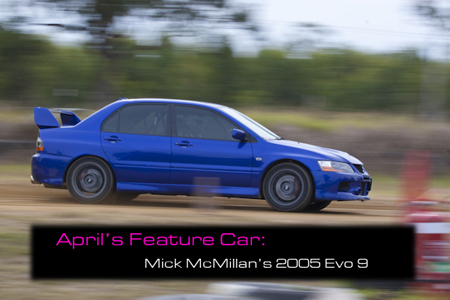 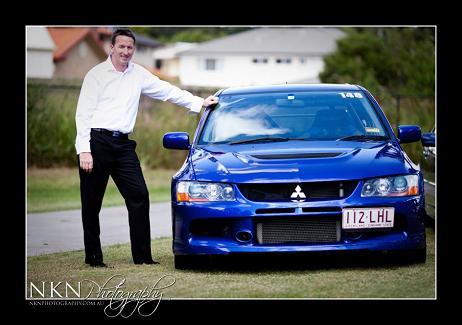 Thinking of becoming a member???

To join the WRX Club of QLD you can own any sort of car, or bike, or boat or even a nice pair of runners.

We currently have predominately Subaru’s, but they are not all WRX’s. We are proud to have many Liberty’s, Legacy’s and Forester’s and we even have a 1983 Leone! Getting away from the Subaru's, we have heaps of Evo’s around, including the current Club President with a nice example of an Evo IX. Just to show that all makes and models are welcome, our current Club Secretary cruises around in a 100 Series Landcruiser. Getting away from the AWDs, we have a couple of Mazda’s and even an expensive Camry (aka Lexus).

Our cars stretch from pristine showroom spec vehicles through to full race cars. So don’t think that it’s all about motorsport, there is always something on for everyone!

Remember, you get access to a private forum which is a wealth of knowledge with some of Brisbane’s most reputable tuners, mechanics and exhaust specialists always around to give advice.

Normally our membership including CAMS affiliation is $65 for 12 months but we are currently running a Membership Special where you get 2 Years membership for $100!

Please click here to go to our online membership form. Once you submit the form one of our committee members will soon be in contact with you to welcome you to the club and to arrange payment and organise access to the Forum

Trevor from CES Racing has been a long-time supporter of the club including holding the first tech night approx 14-15 years ago. We have been able to setup a Tech Night at his premises. - CUSTOM EXHAUST SPECIALISTS

Engines were blown and body kits literally torn from cars, as the World Time Attack competitors pushed themselves and their machines to the limit.